skip to main | skip to sidebar

My OTHER Blog Sites

Well – we keep seeing our friend the fox hanging out and I finally had my camera ready.  He was sunning on our neighbors lawn and startled some friends who stopped by their house.  Carol was working in her garden and called to me quietly.  But I don’t think it would have mattered – He was watchful …but not at all spooked by the neighbors coming or me taking pictures.

He is looking pretty shaggy and spent a long time scratching, after he was done lounging that is… Then slowly loped into the brush growing between the houses.

We haven’t seen his mate for a while …since early winter.  And we never see pups.  But this guy is a regular now.  Probably was here before we all were. 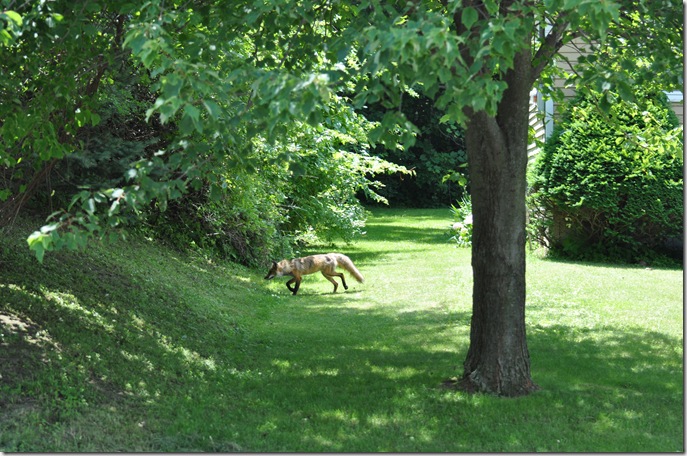